How the Oakalla Public Library Raised $1,000 in a Week

The Oakalla Public Library (OPL) is unlike most libraries you will encounter. Located in Burnett County, Texas, south of Waco, OPL has been described as "the most un-library, library" by its secretary, Ripleigh Degenhardt. Although the library resides in a community of fewer than 50 people, patrons from all over the county flock to this tiny un-library for books that other libraries have stopped carrying.

Where Would the Next Month's Rent Come From?

When the Oakalla Public Library reached out to FundLibraries.org to build their crowdsource fundraising campaign, they did so because they were unsure of where next month's rent would come from. Libraries in Texas must pay their own rent. Electricity and other small costs are covered by the county. When Ripleigh reached out to FundLibraries.org, she needed $800 pretty quickly.

After reading our guide on making campaigns, we designed a campaign page, and in just a few hours, we had it approved and running on the site. In seven days and just two social media posts, we were able to bring in $1,070 for the Oakalla Public Library. Because the Friends of Oakalla Public Library is a registered 501(c)(3) organization, we were able to include a direct donation button on our Facebook posts to collect donations from supporters.

FundLibraries.org is the first and only crowdfunding platform designed specifically for libraries. Crowdfunding differs from traditional fundraising methods because it casts a wide net to bring in donations rather than just seeking one at a time. Crowdfunding invites people of all kinds to donate and participate in raising money.

Too often we see libraries fail in their funding missions because they cannot access enough people who believe in their mission or libraries in general. It is thanks to FundLibraries.org and our devoted following of library supporters that we can access and hopefully make an impact on these people.

Crowdfunding does not just happen by magic. You must make sure you find the right crowd with the right message. In the case of the OPL, the message was simple: This little library needs $800 or it will not be able to operate. With this message, we developed Facebook posts that highlighted this highly attainable goal.

The power of FundLibraries.org comes not from the amazingly customizable options of campaigns, though it does have that feature. Nor does it come from our one-on-one consultation for every campaign, though it has that too. Rather, its power comes from our ability to reach and connect with nearly 325,000 library supporters through our network and with untold thousands more through the power of internet ads. More than just connecting online with potential library supporters, FundLibraries.org will help you reach into your own community to find those members of your community who are willing to support you and join you in your funding journey.

The crowd is essential to any crowdfunding effort, but without a good strategy, it can only help so much. With every campaign on FundLibraries.org, you will receive one-on-one consultation in every aspect of your campaign. You will have our team in your corner, and you are one phone call away every step of the way to help in the design, creating the right language, and promoting your campaign.

We are very proud of our work with Oakalla Public Library and look forward to helping hundreds of more libraries meet their funding goals one step at a time.

John Chrastka is EveryLibrary and FundLibraries.org's founder and executive director. He is a former president and member of the Board of Trustees for the Berwyn, Illinois, Public Library and is a former president of the Reaching Across Illinois Libraries System (RAILS) multi-type library system. He has also served as Director for Membership Development at the American Library Association (ALA). He was named a 2014 Mover and Shaker by Library Journal. Find him on Twitter at @mrchrastka. 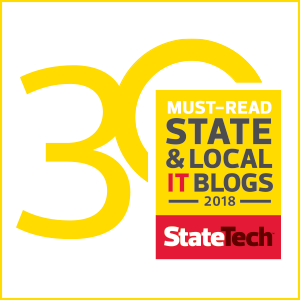